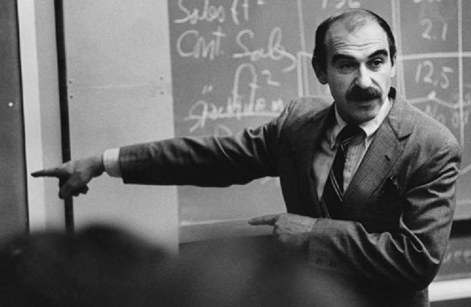 In 1983, Theodore Levitt proposed a definition for corporate purpose: Rather than merely making money, it is to create and keep a customer. As we build products we need to consider the customer benefit, not just the business gain. “Every major industry was once a growth industry. But some that are now riding a wave of growth enthusiasm are very much in the shadow of decline. Others that are thought of as seasoned growth industries have actually stopped growing. In every case, the reason growth is threatened, slowed, or stopped is not because the market is saturated. It is because there has been a failure of management….

The railroads did not stop growing because the need for passenger and freight transportation declined. That grew. The railroads are in trouble today not because that need was filled by others (cars, trucks, airplanes, and even telephones) but because it was not filled by the railroads themselves. They let others take customers away from them because they assumed themselves to be in the railroad business rather than in the transportation business. The reason they defined their industry incorrectly was that they were railroad oriented instead of transportation oriented; they were product oriented instead of customer oriented….”